To extend our existing Mashozi’s Rite to Sight programme and bring back the gift of sight to blind or partially blind people living in scattered villages in the vast and remote Zambezi Delta in Mozambique, where health facilities, especially eye-care, are non-existent. 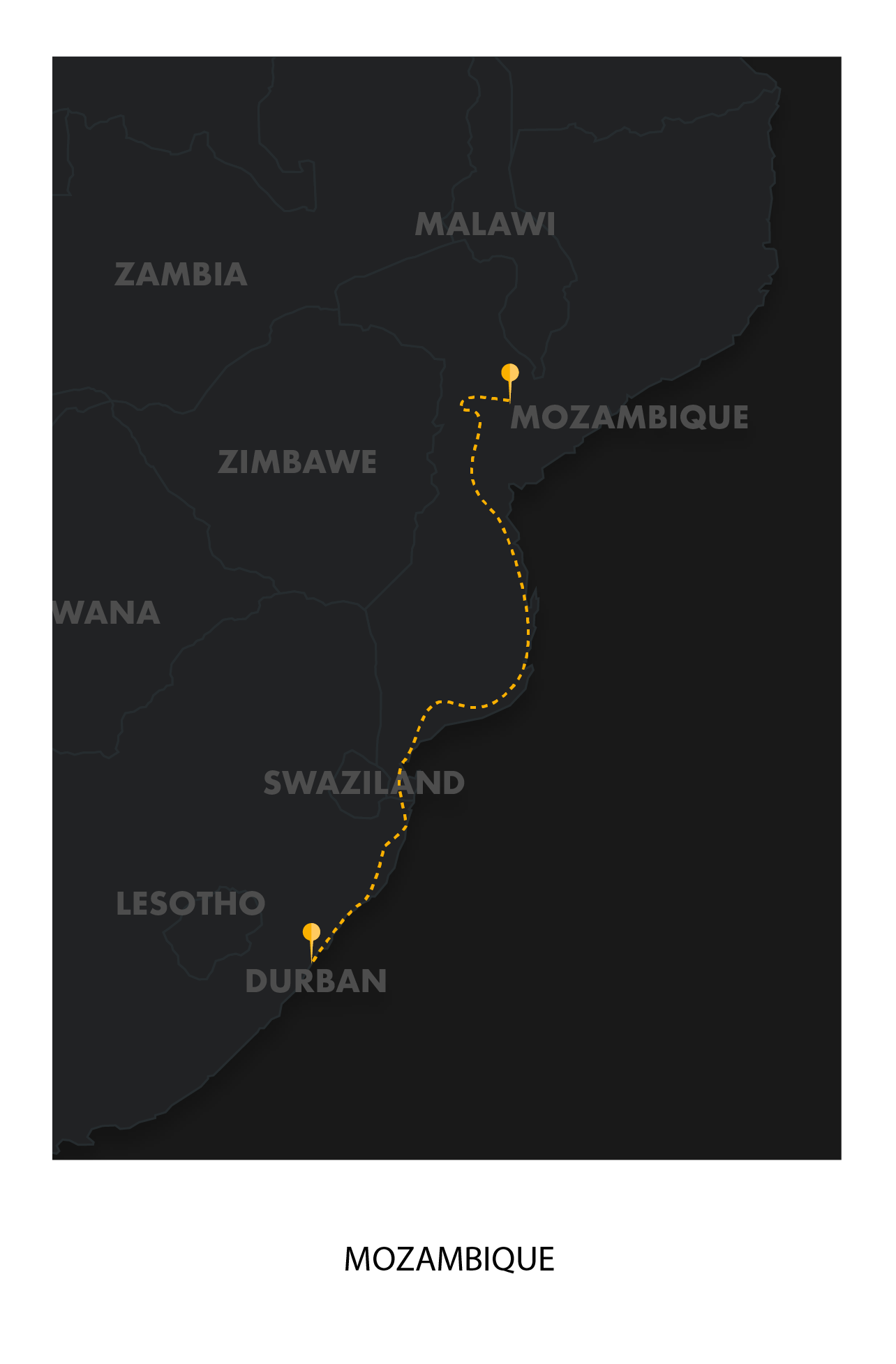 Supported by our loyal partners, for many years we’ve distributed reading glasses to poor-sighted, mostly elderly people across Africa through our Mashozi’s Rite to Sight programme. But we often come across people who need more than just a pair of spectacles and it’s gut-wrenching when we can’t do anything to help.

This humanitarian mission, called the Zambezi Delta Vision Expedition, was conducted in partnership with Doctors for Life International and Mercy Air and was all about bringing back the gift of sight to blind or partially blind people living in scattered villages in the remote and deeply poor Zambezi Delta.

Getting there was a logisitical challenge in itself – transporting our big, bolt-together big ‘Ma Robert’ pontoon boat, a massive surgical tent and a fully-equipped operating theatre on the back of a 10-tonne lorry, along potholed, muddy and deeply rutted roads to reach the Marromeu government hospital on the banks of the Zambezi River.

Using the expedition Land Rovers and the ‘Ma Robert’, our role was to assist the doctors with pre-screening village residents, and then transport eye surgery patients from far-flung villages scattered throughout the Delta, including from the port-town of Chinde on the Indian Ocean (a two-day round trip on the river), to the two operating theatres set up in the hospital’s grounds. Other patients from deeply remote villages were medevac’d to the theatres from by the Mercy Air helicopter.

To our knowledge, the vast, 18,000Km² Zambezi River Delta has never had an eye surgery outreach like this before. More than 1,300 people were screened and over 130 cataract operations completed by the Doctors For Life’s volunteer team of specialist eye surgeons, nursing staff and ophthalmologists from South Africa, Eswatini and other parts of Mozambique. They also performed a life-saving removal of a large, cancerous growth.

On the way to the Zambezi Delta, we also used this expedition to support the Goodbye Malaria
team with their malaria education and outreach programme in the provinces of Gaza and Inhambane, using art and soccer to create awareness in communities ahead of the indoor residual spraying teams arriving in the area. We also distributed life-saving malaria nets  to hundreds of pregnant women and mothers with children under five years of age, who are most vulnerable to the deadly bite of the Anopheles mosquito that spreads malaria, as well as provided mosquito nets to the government hospital, Sena Clinic and local humanitarian NGOs in Marromeu.

The logistics were incredibly tough, and it was a race to complete this Zambezi Delta Vision work in the available time period – only made possible by everybody doing their bit and more. We pay tribute to all involved: Doctors for Life, Mercy Air, YWAM in Mozambique (JOCUM), Marromeu Hospital, Tereos Sugar Company, Medical Mission International, SOS, Zeiss, Hartmann, the Mozambique Ministry of Health – and of course our Foundation partners, without whom we could not have played a role in this vital outreach to improve the quality of life of so many people in need.